I don’t know the precise answer for what the expectation should be for the final deliverable of a government program launched approximately 2.5 years ago and issued in the final days of a lame duck administration. Whatever that expectation level should be, the National Action Plan is a whole lot of fluff with some overblown rhetoric and uncomfortable truths mixed in that misses the big picture.

As stated in the introduction:

“On September 24, 2014, President Obama announced that the U.S. government would work with the U.S. private sector and other stakeholders to develop a National Action Plan (NAP) to promote responsible business conduct (RBC) by U.S. companies operating abroad. This effort marks the first time the U.S. government has undertaken a whole-of-government process to focus, improve, and expand its efforts to promote RBC.”

The purpose of the NAP:

“[I]s designed to reinforce and strengthen the U.S. government’s role in advancing RBC through effective intra-governmental coordination and policymaking, promoting high standards globally, facilitating current and future RBC efforts through enhanced collaboration, and highlighting and supporting U.S. industry leadership. The U.S. NAP presents the many ways in which the U.S. government, including in cooperation with business, labor, civil society, foreign governments, and other stakeholders, already upholds its responsibilities and fosters an environment for responsible conduct by businesses operating overseas. This NAP also highlights new initiatives that build on this strong foundation, and outlines how the U.S. government, in cooperation with business and other stakeholders, will strengthen efforts to promote high standards.

The NAP focuses on a broad range of issues including but not limited to: human rights, the rights of indigenous peoples, labor rights, land tenure and property rights, anti-corruption, and transparency.”

As it relates to corruption, the document starts as follows:

“Corruption is not only immoral, it diverts public and private resources away from priorities such as feeding children, improving schools, and building infrastructure that promotes development.” 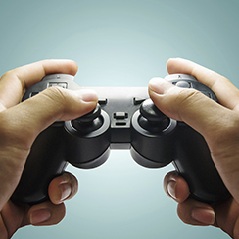 That brings up the following uncomfortable truth in the NAP when it states:

“The U.S. government will continue to encourage and model good practices by leveraging its purchasing power, which totals more than $450 billion for goods and services each year, including nearly $25 billion on services performed overseas.”

The fact of the matter is that some of the most egregious FCPA violations have been committed by leading U.S. government contractors. For instance, and as highlighted in this prior post, the same day in 2009 that Siemens resolved an $800 million FCPA enforcement action (still the largest FCPA settlement of all-time) the company also announced that a U.S. government agency issued a formal determination declaring Siemens a “responsible contractor” that allowed the company to continue to do business with the U.S. government. Indeed, as highlighted in the prior post, in just the year after the 2009 FCPA enforcement action, Siemens continued to do substantial business with the U.S.

And then of course there was the 2010 BAE “bribery, but no bribery” enforcement action in which the U.S. government lacked the courage to even charge BAE with FCPA violations (despite alleging that the company “provided substantial benefits” to a Saudi public official “who was in a position of influence regarding” a lucrative fighter jet contract) because of its status as a major U.S. defense contractor. This prior post details the numerous U.S. government contracts BAE secured in the immediate aftermath of that enforcement action including a $40 million FBI contract (the same agency that investigated BAE’s improper conduct).

In terms of missing the big picture, the NAP contains a section (the smallest section by far in the report) titled “recognizing positive performance” which states that it “is important to recognize and highlight when companies achieve high standards and put these tools into action, with meaningful results for workers, communities, and the company itself.”

If the Obama administration was really serious about recognizing positive performance in terms of FCPA compliance, it would have supported (not actively fought against) an FCPA compliance defense which is the best positive incentive to promote responsible business conduct. (For additional specifics, see this article “Revisiting an FCPA Compliance Defense,” and prior posts here, here, here and here.

The remainder of this post excerpts the FCPA/corruption specific aspects of the NAP.