Twelve years ago this week, one of the most embarrassing DOJ FCPA enforcement actions began – an enforcement action that a federal court judge would ultimately call “a long and sad chapter in the annals of white collar criminal enforcement.”

In January 2010, DOJ announced criminal charges against 22 executives and employees of companies in the military and law enforcement products industry for engaging in a scheme to pay bribes to the minister of defense of an African country.

However, there was no actual involvement from any minister of defense. Rather, FBI agents, with the assistance of an individual who had already pleaded guilty to real, unrelated FCPA offenses (Richard Bistrong), posed as representatives of a Gabonese minister. While it was not the first use of proactive, undercover investigative techniques in an FCPA investigation, it was certainly the largest and most dramatic use of such techniques in the FCPA’s history, and the full force of the government’s surveillance capabilities were used against individuals from mostly small private companies located across America.

In announcing the criminal charges, Assistant Attorney General Lanny Breuer called the manufactured case a ‘‘turning point’’ in the DOJ’s FCPA enforcement program and otherwise trumpeted that the charges represented the ‘‘largest single investigation and prosecution against individuals in the history of DOJ’s enforcement of the FCPA.’’ All but one of the charged individuals was arrested at the industry’s leading trade show in Las Vegas, and in a sophomoric statement Breuer said, ‘‘This is one case where what happened in Vegas doesn’t stay in Vegas.’’

In a press release that foreshadowed the conduct of the FBI agents involved in the sting operation, the FBI stated that the undercover operation was like a ‘‘ruse [that] played out with all the intrigue of a spy novel.’’ A good spy novel often involves sex, drugs, and criminals, and the FBI’s conduct in carrying out the manufactured case touched upon all such subjects. Indeed, the FBI agents openly wondered who would portray them when Hollywood made a movie about the case.

The so-called Africa Sting cases were assigned to Judge Richard Leon in the U.S. District Court for the District of Columbia. Leon immediately expressed strong skepticism of the DOJ’s enforcement theories and the difficulties of trying such a large group of defendants. Leon ultimately decided that the defendants would be tried in four separate groups. The first Africa Sting trial started in May 2011 and involved four defendants. At the close of DOJ’s case, Leon dismissed a substantive FCPA charge against one defendant, dismissed another substantive FCPA charge against another defendant, and dismissed the money laundering count against all defendants. In July 2011, Leon declared a mistrial as to all remaining counts against all defendants.

At this point, prudence might have suggested a reevaluation of DOJ’s ‘‘turning point’’ prosecution. However, DOJ quickly announced that it would retry the remaining charges against the first group of defendants. In addition, DOJ plowed ahead against the second group of six defendants, and the second trial in the manufactured case began in September 2011. At the close of DOJ’s case in December 2011, Leon dismissed the conspiracy charge against all defendants. Because one defendant faced only that conspiracy charge, he was exonerated by Leon’s decision. The trial proceeded, the charges went to the jury, the jury deliberated, and in January 2012 the jury found two defendants not guilty. The jury hung as to the remaining defendants, and once again Leon declared a mistrial as to all remaining counts against the remaining three defendants.

It is rare for a jury foreman to go public after a stint of public service, but what happened next may have turned the direction in DOJ’s ‘‘turning point’’ prosecutions. Soon after Leon declared a mistrial in the second Africa String trial, I was contacted by an individual who identified himself/herself as the jury foreman in the case. After taking certain steps to reasonably assure myself of the individual’s identity and role in the second trial, on Feb. 6th I published a guest post from the jury foreman on my FCPA Professor website. (See here).

The jury foreman, a nonpracticing attorney, described numerous facets of the trial and the jury’s deliberations, including its assessment of the government’s witnesses. The foreman stated that ‘‘the jury with near unanimity found nearly all of the prosecution witnesses to be evasive and combative’’ and further stated as follows:

“The very low view of their credibility was also based on the concerns of many jurors related to the nature of the sting operation. Though, in the end, I am not sure the credibility concerns were an important aspect of this case because the jury had the most difficult time ascertaining the state of mind and intent of the defendants.”

The foreman also stated that ‘‘a number of jurors were troubled by the nature of the FBI sting operation’’ and stated his/her opinion that the underlying view of the jury was that ‘‘the defendants had acted in good faith and the FBI/DOJ in bad faith.’’ The jury foreman concluded the FCPA Professor post as follows:

“The government has the option to try [the defendants on which the jury hung] again. As a taxpayer, I sincerely hope they will instead dismiss the charges. The evidence simply does not exist, even if they get their witnesses to behave better under cross, to convict. This is a case that makes one wish that a supermajority was sufficient to acquit. Prolonging this prosecution is a waste of government resources. At some point in the deliberations, I described this sting and prosecution as a quarterback sneak. Although I came to regret that analogy for the frequency with which it was recalled in the jury room, I think it apt. The FBI and DOJ designed a play to get the ball just across the goal line. Unfortunately, in the ensuing pileup, no camera angle shows the ball with clarity and it is anyone’s guess as to whether they scored.”

According to knowledgeable sources, the jury foreman’s FCPA Professor post soon reached high levels in DOJ. Two weeks later, on Feb. 21, DOJ moved to dismiss with prejudice the criminal charges against all of the remaining Africa Sting defendants. DOJ’s filing stated that ‘‘continued prosecution of this case is not warranted under the circumstances.’’

The next day Leon granted DOJ’s motion to dismiss. The judge stated as follows:

“This appears to be the end of a long and sad chapter in the annals of white collar criminal enforcement. Unlike takedown day in Las Vegas, however, there will be no front page story in the New York Times or the Post for that matter tomorrow reflecting the government’s decision today to move to dismiss the charges against the remaining defendants in this case. Funny, isn’t it, what sells newspapers? The good news, however, is that for these defendants, agents, prosecutors, defense counsel and the court we can get on with our professional and personal lives without the constant strain and burden of three to four more eight-week trials hanging over our heads. I for one hope this very long, and I’m sure very expensive, ordeal will be a true learning experience for both the department and the FBI as they regroup to investigate and prosecute FCPA cases against individuals in the future. Two years ago, at the very outset of this case, I expressed more than my fair share of concerns on the record regarding the way this case has been charged and was being prosecuted. Later, during the two trials that I presided over, I specifically commented again on the record regarding the government’s very, very aggressive conspiracy theory that was pushing its already generous elasticity to its outer limits. Of course, in the second trial that elastic snapped in the absence of the necessary evidence to sustain it. In addition, in that same trial, I expressed on a number of occasions my concerns regarding the way this case had been investigated and was conducted especially vis-a-vis the handling of Mr. Bistrong. I even had an occasion, sadly, to chastise the government in a situation where the government’s handling of the discovery process constituted sharp practices that have no place in a federal courtroom. Notwithstanding all of this water over the dam, and there has been a lot of water, I’m happy to see and I applaud the department for having the wisdom and courage of its convictions to face up to the limitations of its case as revealed in the past 26 weeks of trial and the courage to do the right thing under the circumstances. Having served at the higher levels of the department, I know that that was not an easy decision. They never are, when so much has been invested, and the agents and the prosecutors are so convinced of the righteousness of their position. I for one however am confident this will be in the end a positive, if not painful, lesson that results in better prosecutions of individuals in the future under the FCPA. As for the defendants, I hope the healing process is a swift one and that they get back to their normal lives in the very near future. Finally, I would be remiss if I did not comment on the tireless and spirited effort by the defense counsel from all over the country who came here to try these very lengthy and complicated cases under difficult circumstances and some even pro bono. Their hard work and effective advocacy are a testament to how strong our criminal defense bar is nationwide. And so without further adieu I grant the government’s motion to dismiss. The defendants are excused.”

DOJ’s ‘‘turning point’’ FCPA prosecution, the ‘‘largest single investigation and prosecution against individuals in the history of DOJ’s enforcement of the FCPA,’’ failed spectacularly.

DOJ has stated that its FCPA website contains relevant pleadings and orders concerning its FCPA enforcement program. However, unlike in January 2010 when DOJ announced the Africa Sting charges, there was no press release or press conference regarding the dismissal of the cases.

The press release issued by Tolleson’s attorneys after Leon’s dismissal best captures the human element of the Africa Sting cases:

“Lee Tolleson and his family are elated at this unnecessary and worthless nightmare is now over with the Government dismissing the multi count indictment with prejudice. Lee was a victim of a scheme by the Government, which was the mother of all gigantic taxpayers’ waste of dollars, to entrap him and others by faking an overseas business scam. The prosecutors were testing the Foreign Corrupt Practices Act by setting up a sting to raise a national awareness of the law, but the little guy suffers. The Government went to great expense to attempt to sucker many businesses into a fake business deal in Gabon, West Africa. The Government pinned its entire investigation on a despicable character, Bistrong, who manipulated Federal Agents throughout the investigation, in order to save his soul for his misdeeds. Ultimately, the Government finally did the right thing today and should think twice about going after honest business people in the future. Now, where does Lee go to get back his good name back? He is from a small Arkansas town with a GED and has a home school education. His family has been devastated financially by this process. Two things have kept him grounded; his faith in God and his family.” 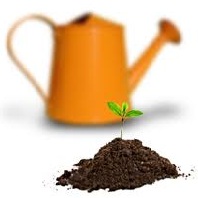 This Is Why FCPA Inc. Needs A Common Language
From The Docket